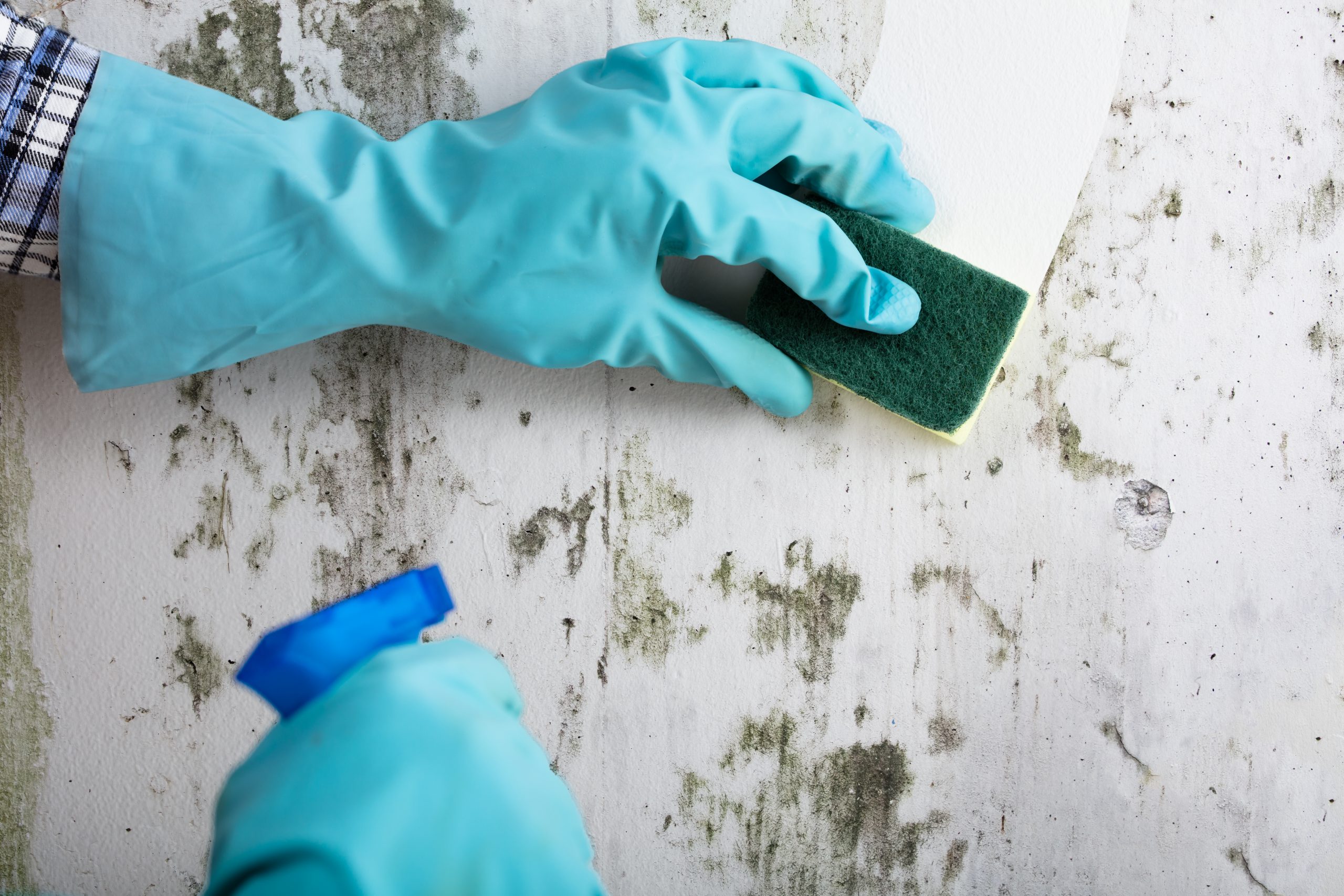 Finding black spots of mould in your bathroom or beneath your kitchen sink can be alarming, as it not only ruins your home but also has a negative effect on your health.

Mould and mildew thrive in the presence of excess moisture, which can be a result of water leaks from roofs, windows, pipes and even your shower. Spores can also attach to clothing and shoes and get carried inside.

Everyone reacts to mould differently, with your personal sensitivity determining how much you are affected by the exposure. Individuals with no serious health issues may experience an allergic reaction that consists of an itchy/stuffy nose or irritation of the eyes.

Luckily, if small traces of mould are found, they can be easily removed. It’s recommended to stay away from store-bought mould remover sprays since they have been found to be ineffective and damaging to your health. Instead, there are a few at-home tricks you could use to eradicate the mould or better yet, there are always local professionals that will remove and clean the mould for you. 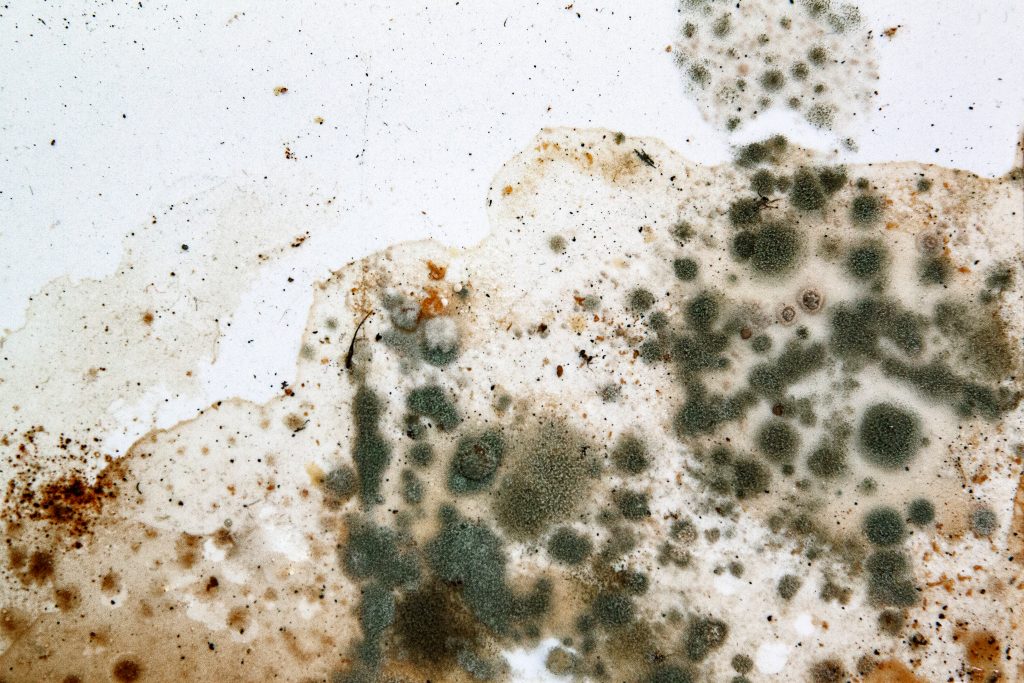 From shower corners to ceiling tiles, this nasty microscopic fungus can be found everywhere and thrives in damp environments.

Many people aren’t aware of any mould warning signs, leaving them susceptible to the harmful effects of the fungus. If you’ve been experiencing allergy-like symptoms, there’s a chance that mould is the culprit.

Some of the most common symptoms of a mould allergy are as follows:

The amount of mould exposure will have a significant effect on the severity of these symptoms. Individuals with existing health problems such as asthma or a weak immunity will likely be more affected by the exposure than others.

Warning Signs You Have Mould in Your Home 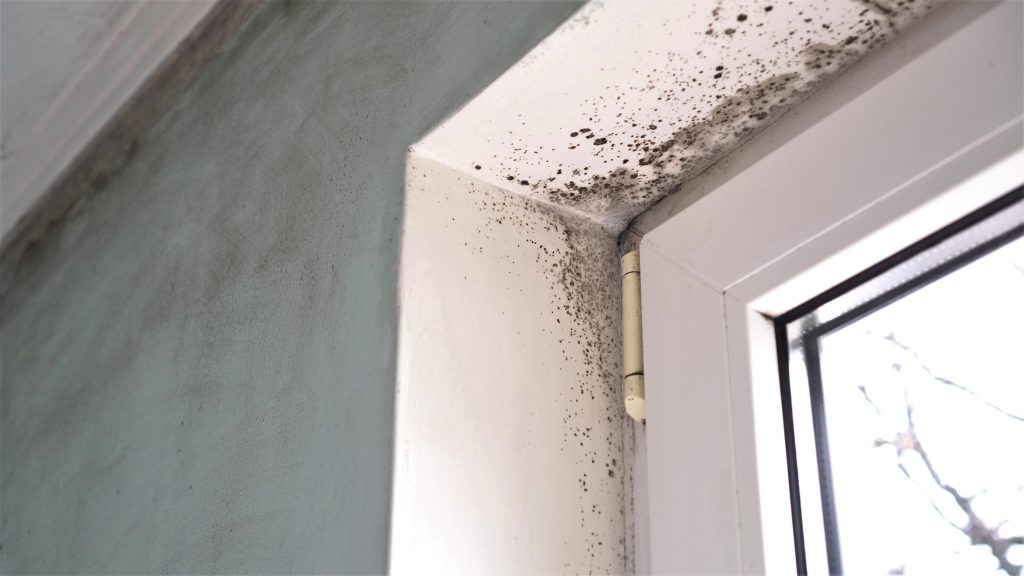 Besides the physical effect mould has on homeowners who’ve been continually exposed to the fungi, there are some telltale signs of mould present in your home.

While not all types of mould have a scent to it, most of them do. If you’ve been persistently smelling a musty odour, it may be a sign that there’s mould growing in your home.

Each type of mould has its own appearance, some of them showing up as blue, brown or black clusters while others appear white and thread-like.

Homes that have previously been subjected to a water leak and have retained moisture will inevitably come across mould problems. Check any water stains that may still be present, discolouration on the walls, or cracked and bubbling paint.

How to Remove Mould at Home

Store-bought mould and mildew removers are filled with harmful chemicals that damage your lungs and hardly remove the actual fungi.

Fortunately, you can make an effective and safe solution using ingredients already found in your home. A solution of white distilled vinegar and vinegar is all you’ll need to get rid of a small patch of mould.

While the solution will kill the fungus, it won’t remove the stains. This is where a little elbow grease is needed. Simply scrub the site with a regular household cleaner to remove any lingering stains.

When handling this task, be sure to wear gloves, safety goggles and a medical mask (N95 respirator) to protect you from further exposure. If removing mould from your home is something you want to do by yourself, be sure to follow our mould removal guide to ensure your health and safety.

When to Call the Professional 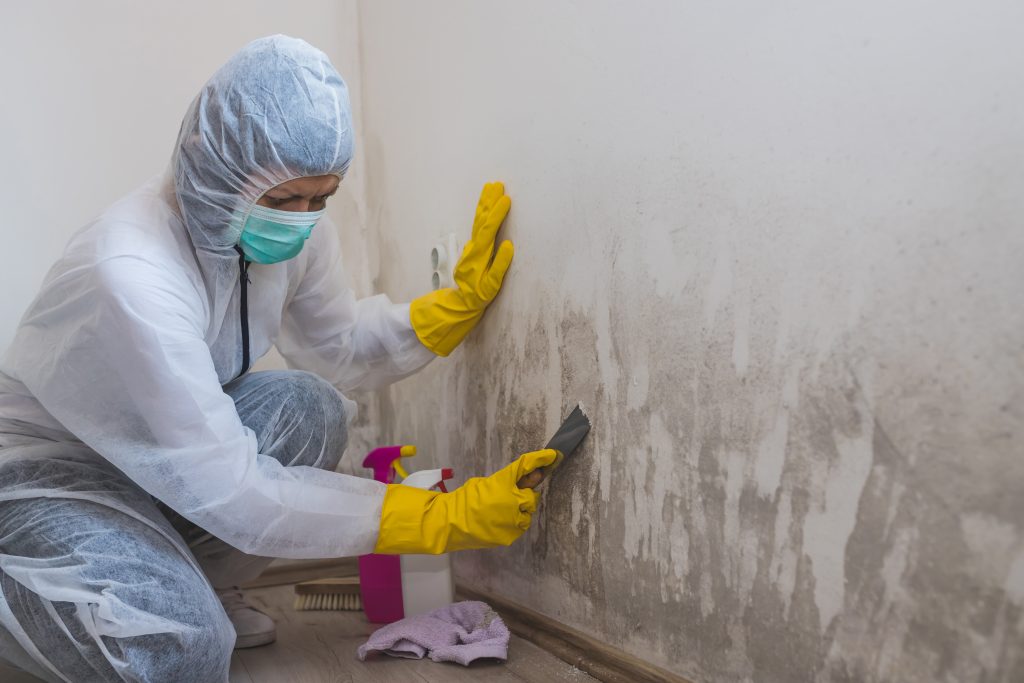 Sometimes, the extent of the damage done by mould cannot be salvaged with simple DIY tips and tricks.

A strong musty odour, mouldy caulk, or rotting in the subfloor and wall boards are all symptoms of a much larger issue.

Our trained and certified specialists at First Response have the equipment and tools needed to remediate your mould problem in a timely and efficient manner. You can count on us to get your home back to its former glory.

Reach out to us to learn more about our mould removal services and get a free no-obligation quote today.